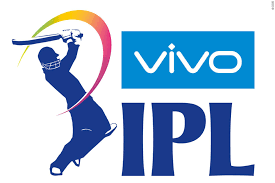 RPSG Group of Sanjiv Goenka won the bidding war for a whopping 7090 crore (over 932 million USD). The RPSG bid was 250% more than BCCI’s base price of INR 2000 Crores for the IPL team.

Notably, the RPSG Group of Sanjiv Goenka has bid the highest at 7,000cr in the IPL 2022 new team auction.

Lucknow IPL Team has appointed the coaches, Team managers, and other staff. They have also retained three players before the IPL 2022 Mega Auction.

Lucknow IPL Team has appointed Andy Flower from Zimbabwe as the head coach for the Indian Premier League 2022. He also coached the PBKS team in the previous season. It is important to note that Flower has coached Punjab Kings, Saint Lucia Kings, and Multan Sultans. Besides the franchise cricket, Andy Flower has also been associated with England in ICC T20 World Cup 2010.

BCCI and IPL committee allowed both the teams to pick a maximum of 3 players before the IPL 2022 Mega Auction from the IPL 2022 Auction pool players.

Lucknow IPL Team have picked three players for the IPL 2022

This season KL Rahul will lead the team Lucknow. He will be a great success for the team. KL Rahul was paid 15 crores for joining the Lucknow IPL Team.

The remaining players Lucknow IPL Teams will purchase in the IPL 2022 Mega Auction which will be held in the month of February 2022.

Lucknow and Ahamadebad both new teams have not announced the names for the team for IPL 2022. It is expected that Lucknow will announce the team names before the IPL 2022 Mega Auction which will be held in the month of February.